St John Represented at the 911 Ceremony

St John Represented at the 911 Ceremony 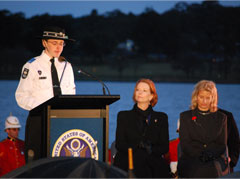 It started in a hat and ended in the rain.

What? you ask. My meeting with Prime Minister Gillard, the American Ambassador Mr Bleich and the ACT Commissioner of Emergency Services, Mr Crossweller.

Here’s the story of how I met the PM. It began at an ordinary divisional meeting. I went in expecting to learn more first aid stuff.

My new divisional superintendent Alison Reardon informed me that a cadet was going to represent the volunteers of the ACT at the 9/11 remembrance ceremony at Reconciliation Place. I said I was interested and she put my name in the hat with the names of a few other cadets. At the end of the meeting a name was pulled out of the hat, my name.

The next step was a meeting with Penina from the American embassy and Stephen Carter and Belinda Ding from St John national office, in Canberra. At this meeting I was informed that the PM would also be attending the ceremony along with the Ambassador. WOW! This is big. Then Penina asked if, after the officials had made their speeches, would I mind reading a small poem. “I’d be happy to.”

“I’d like you to attend a flag ceremony next week,” said Penina. At the flag ceremony I met the Ambassador and his family. We all put some small flags on the embassy fence. Each national flag, around three thousand of them, represented a person who died in the 9/11 attacks. I noticed a few Australian flags fluttering on the fence.

The big day. I was asked to arrive at 1430. When I arrived the weather was beautiful but cold (fine by me). I did a quick rehearsal and then just chatted with people from the embassy. As the event got closer clouds started arriving and not the white fluffy ones, no the BIG black ones, yay! wet as well as cold.

We were quite a sight for the PM when she arrived, all of us hiding from the weather under umbrellas and in soaking suits and me in my uniform. After we had all introduced ourselves the Chief Commissioner and I, followed by Mrs Bleich and Mr Mathieson then Mr Bleich and the PM, with the military band playing, walked down Reconciliation Place and up to the stage.

St John offers cadets many opportunities, I never expected one of those would be meeting the PM and the American Ambassador. So remember, don’t be afraid to put your name in the hat! 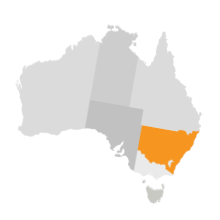 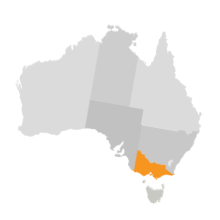 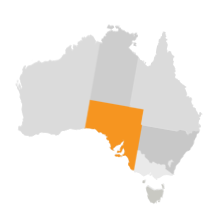 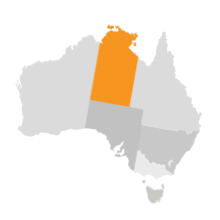 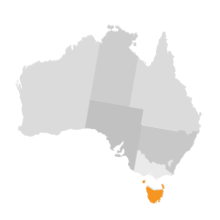